Student physical therapists across the country are the home stretch to preparing for the Board Examinations at the end of this month. So, “settle down” would most certainly be applicable words for all of us. However, let’s talk about blood instead!

Who doesn’t like test tubes full of blood? YAY. Alright, your patient has blood work that indicates they have a HIGH erythrocyte sedimentation rate (ESR), do you know what that means? 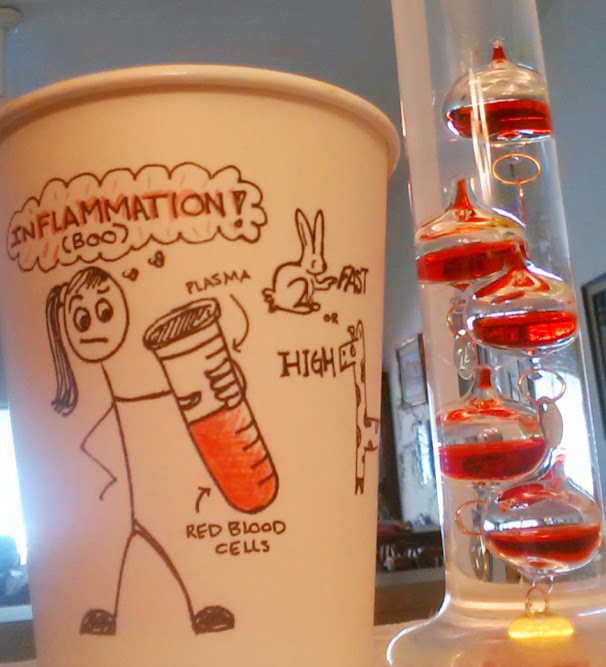 The ESR is the rate at which red blood cells sediment in the period of one hour.  Simply, you just put an anti-coagulated blood sample into an upright tube (known as a Westergren tube) and see how quickly and how much the red blood cells fall to the bottom. Boom, simple.

A HIGH or FAST sedimentation rate is a non-specific measure of inflammation. (They don’t know what is causing the inflammation, but they know it is there). 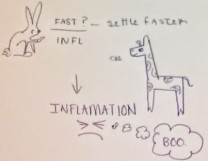 This is because of the inherent properties of red blood cells. Normally, RBCs have a negative charge (and as we know like charges repel) so in a normal ESR the red blood cells don’t settle to much or fast because they are repelling each other (this is called the Zeta Potential).

However, when inflammation is present in the body, there is a high proportion of fibrinogen (released by the liver) or antibodies which both have a positive charge.This negates the Zeta Potential of the RBCs and causes them to stick together, actually…they stack, kind of like pancakes (mmm) into stacks calls “rouleaux” and these settle faster.

HENCE a faster and higher ESR.

So what does this mean? It is indicative of an inflammatory process but not a specific condition, so further investigation is necessary.

Some examples of conditions that cause an increased ESR are: rheumatoid arthritis, certain cancers (multiplemyeloma), it is also increased during pregnancy (the base ESR is slightly higher in females as well).