Remember that a stroke is a medical emergency and time sensitive, if you suspect a stroke call 911 immediately.

“It is a capital mistake to theorize before one has data. Insensibly one begins to twist facts to suit theories, instead of theories to suit facts.” – Sherlock Holmes

Alright detectives, here are the facts: Your patient presents with unilateral facial droop, as an astute clinician, immediately a red flag goes up in your mind and you think of the warning signs for a stroke (CVA = Cerebralvascular Accident): 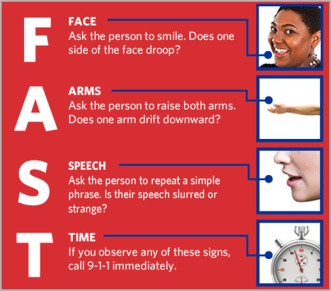 As you speak to the patient, they are not presenting with any other symptoms of a supranuclear lesion (in the brain) or a stroke. So you begin to think about other pathologies that cause facial drooping, such as Bell’s Palsy.

Do you remember a simple way to begin to differentiate between Bell’s Palsy and a supranuclear lesion? 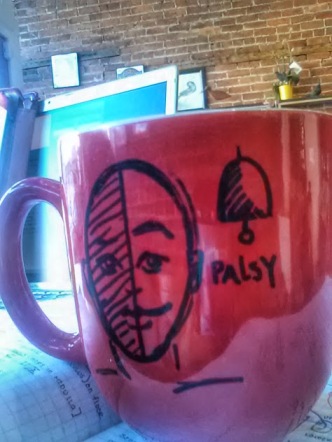 Ask the patient to raise their eyebrows.

This is because Bell’s Palsy is a lower motor neuron lesion of Cranial Nerve VII (Facial Nerve) normally as it exits the stylomastoid foramen. This causes the whole half of the face to loose motor ability on the SAME side that there is a lesion.

Where as a supranuclear lesion (such as a stroke) in the motor cortex or posterior limb of the internal capsule in the brain would only affect the the bottom half of one side of the face on the OPPOSITE  side of the lesion. This is because the unaffected hemisphere of the brain is still innervating the top part of the face. Check it out, the red lines are drawn through affected areas: 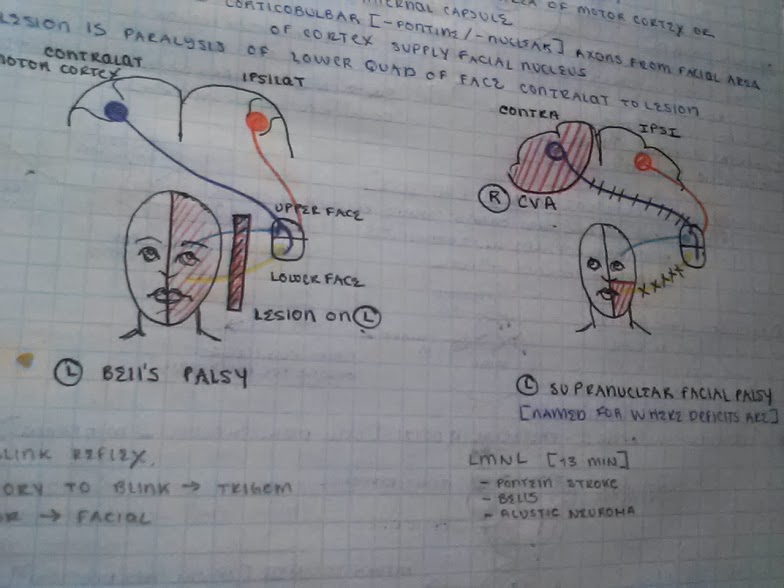 For more information about Bell’s Palsy and how it is treated, check out the American Physical Therapy Associations page here: Bell’s Palsy