Between the mental stimulation of Combined Sections Meeting and the constant sensory stimulation of Las Vegas my mind and body were ready to run away after the last session on Thursday. So I did. Straight into the desert. My intention was to camp out at the Grand Canyon and spend Friday exploring until I had to head back for my red eye flight back east. As with all good adventures, nothing goes quite as planned.

It was dark by the time I left bright & shiny Vegas, but the juxtaposition of driving silently through the pitch-black desert was exactly what I needed. I stopped for gas and supper in Kingman, AZ and I’m so happy I did. Not much was open and I wasn’t feeling gas station food…then I stumbled on an old diner, Mr. Dz, as I drove aimlessly trying to turn around to get back on the highway. 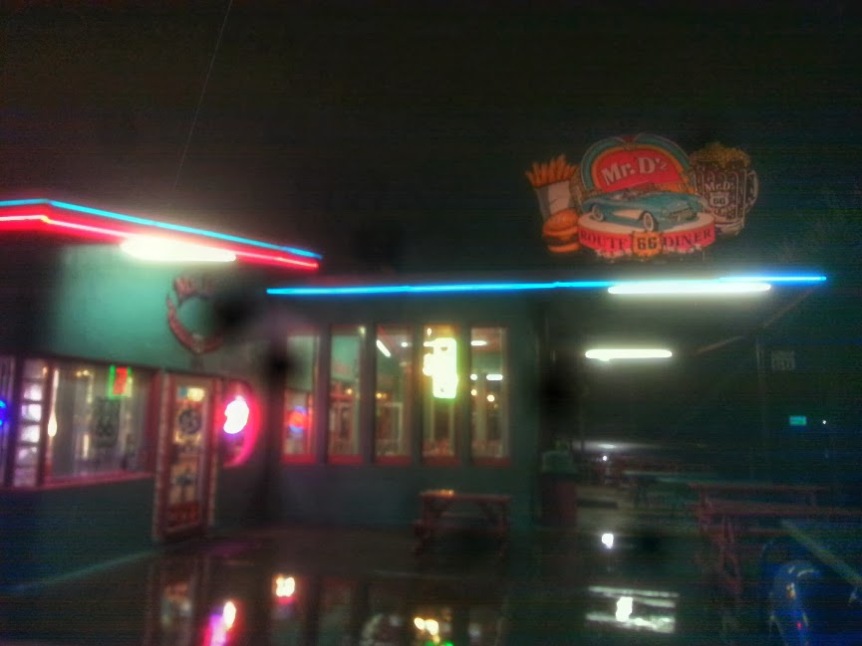 OPEN! jackpot..time to get my burger on.

I was greeted by an Italian camera crew, a tall leggy Russian model, and the waitress asking if I’d like to sit at the counter or a booth. Hmmm. What? Turns out they were doing a photo shoot for an Italian Teen Magazine. I got dinner and a show at Mr. Dz that evening.

As I pushed on, the rain that was washing my car turned in to big heavy flakes of snow. I made my way slowly up and down the mountains while the trucks carelessly whizzed by and I realized I wouldn’t be camping tonight. Again, I pulled off to a random little town: Williams, AZ and found perhaps the 2nd best place (baring camping under the Arizona stars) to rest my tired head.

There can be only one:

It was dark but Arizona was covered in snow that reflected any hint of light. Driving out to the Canyon was slow and deliberate, the plows were not awake yet. It took almost 2 hours to cover about 45miles but it was so extraordinarily beautiful and isolated. I think I spoke 5 words all day.

A whole in the earth. 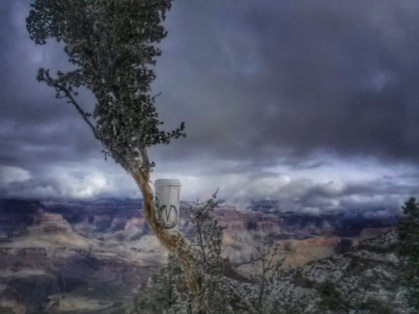